Finding Meaning from the War in Afghanistan 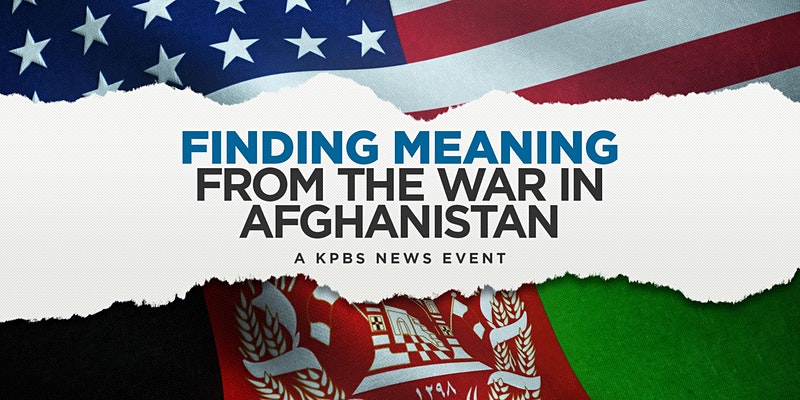 What is the price of the war in Afghanistan? What lessons did we learn? KPBS hosts a panel discussion.

Join KPBS in a conversation with experts, veterans, and families impacted by the Afghanistan War. KPBS Military Reporter Steve Walsh moderates. Panelists include:

This event is FREE. All are welcome. Registration is required.

Links to the online event will be provided after registration is complete.

This event is sponsored by the Corporation for Public Broadcasting, a major funder of the American Homefront Project. American Homefront is a collaboration between NPR and seven public radio stations that looks at veterans and the military.

Steve Walsh is the military and veterans reporter for KPBS. He spent a large portion of his career as a print reporter for the Times of Northwest Indiana and the Post-Tribune in Gary, Indiana. At the Post-Tribune, he was embedded in Iraq twice. As KPBS’ military and veterans reporter, he contributes to the American Homefront Project, a collaboration of public radio stations that looks at veterans and the military.

THIS EVENT IS MADE POSSIBLE BY

This site uses Akismet to reduce spam. Learn how your comment data is processed.

No comments to show.