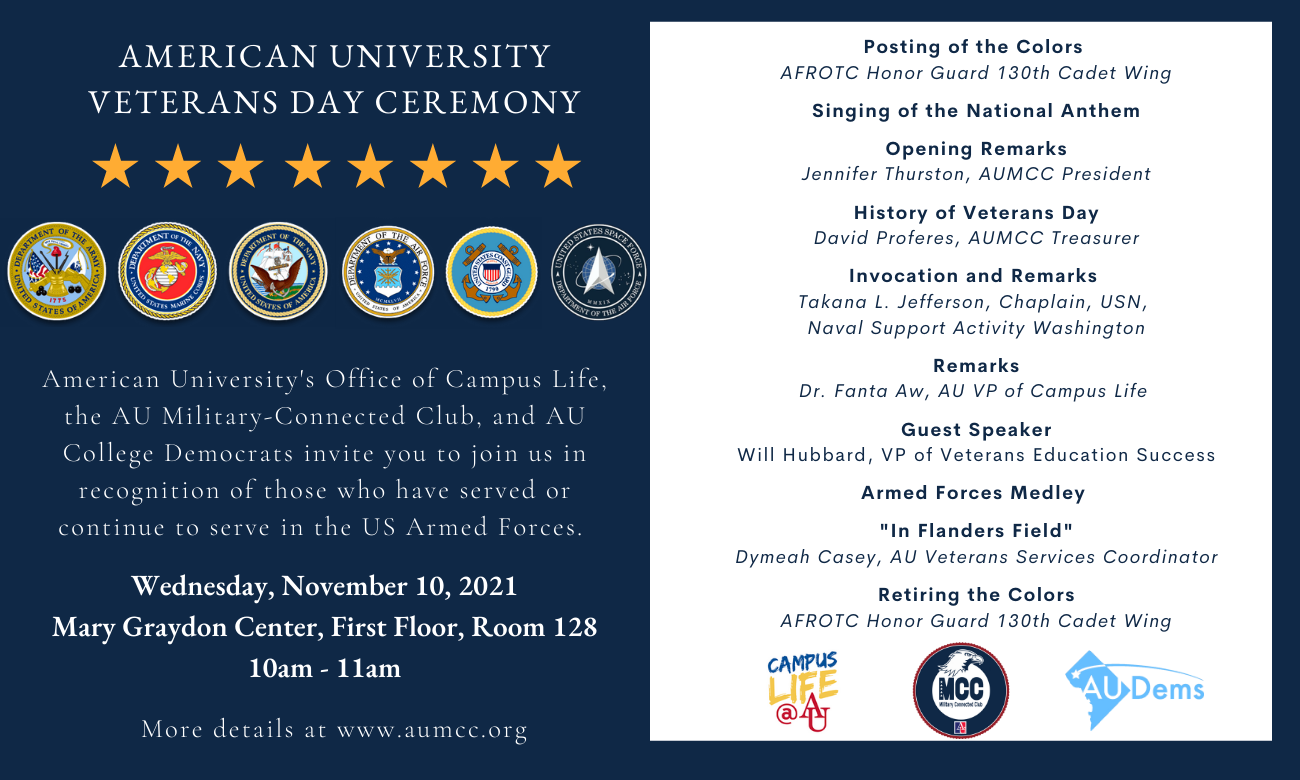 American University’s Office of Campus Life, Military-Connected Club (AUMCC), and College Democrats (AU Dems) invite you to join us in recognition of those who have served or continue to serve in the US Armed Forces. 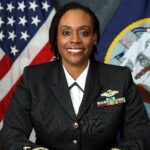 After graduating from Basic Chaplain School at Naval Chaplaincy School and Center, Fort Jackson, SC in August 17, 2011 she was commissioned as Lieutenant Junior Grade on August 18, 2011. A prior enlisted Navy Hospital Corpsman/Pharmacy Technician. She has ten years active duty service from 1992-2002 as well as eight years in the reserves from 2002-2010.

LCDR Jefferson served from 2011-2013 as station chaplain to Headquarters and Headquarters Squadron at MCAS Iwakuni, Japan. While there she started the Contemporary Worship service with weekly attendance of 100 plus persons and participated/involved in the Women’s Symposiums. She also taught classes for Marines, Sailors and their families to improve and better equip martial relationships. She worked hand in hand with the Sexual Assault Response Coordinator (SARC) to provide proper education on the issue of sexual assault in the military. On September 1, 2012, she was promoted to the rank of Lieutenant.

LCDR Jefferson served from 2013-2016 as the station chaplain for the United States Coast Guard Academy (CGA) in New London, Connecticut. There she was a very strong voice for diversity by having the very History of Gospel Music brunch and following up the next year with a Gospel Explosion featuring local gospel talent as close as New London, CT and far as Boston, MA. She encouraged women empowerment through the weekly meeting of the Women’s Accountability Group (WAG) that hosted sixty plus female cadets. LCDR Jefferson made the academy relevant to the community by providing one hundred winter coats for kids for two of the New London public schools and providing Thanksgiving meal boxes for over fifty plus families in the local area.

LCDR Jefferson served from 2016-2017 as Command Chaplain onboard the USS EMORY S. LAND in Haganta, Guam. There she revitalized the Gospel service at the base chapel. She served as a powerful voice for community outreach between military and the community.  LCDR Jefferson fostered a relationship with the three mayors of the sister villages: Dedeo, Merrizo and Asan-Maina. She continued to be a voice for military service women by participating in the Guam Women’s Symposium 2017. LCDR Jefferson provided counseling services to all branches of the military during her time in Guam to include Army, Navy, Air Force, Marines and Coast Guard. She was known as the Chaplain for all.

LCDR Jefferson served 2017-2018 at Combat Logistics Battalion 26 Camp Lejeune, NC as battalion chaplain. She completed COMPTUEX and other deployable exercises. She also received an impact Navy Achievement medal for her superior care and services of the Marines. LCDR Jefferson was instrumental in the unit receiving the Volunteer Service Award for the year of 2018 for Camp Lejeune.

LCDR Jefferson served from 2018-2019 at 2d Transportation Support Battalion where she received her Fleet Marines Forces (FMF) pin. She has completed one year of intensive mental health training through the Navy Medicines program with the VA known as the Mental Health Integration for Chaplains.  She continued giving back to the community with over 4,000 hours of community service provided by the Marines and Sailors of 2d TSB.

LCDR Jefferson is currently serving as the Command Chaplain for Naval Support Activity Washington in DC where she was recently promoted to LCDR. She is a student at Howard University earning her Doctor of Ministry degree in sacred texts. She will attend the Naval War College in July 2022.

She was also awarded the Captain Stanley J. Beach Leadership award upon graduation of Naval Chaplaincy School.  The 2016 Joann Miller Community Service award while serving at the Coast Guard Academy. The recipient of the 2019 SHERO award for her military service by the Woman on the World Stage (WoW) organized by Ambassador Suzan Johnson-Cook. Currently serves as the National Chaplain for the National Naval Officers Association (NNOA) and the local DC Chapter as Chaplain.

LCDR Jefferson is married to Dr. Jonathan K. Jefferson of Cambridge, Mass and the mother of daughter Jazmyn Scott of Greensboro, TN and son Antonio Scott of Albuquerque, NM.